The 4th Liverpool Pride March took place on Saturday, 3rd August. It was a lovely summer’s day filled with colour, sunshine and superheroes. That was the theme this year, superheroes. Armed with my camera I went to talk with the costumed crusaders to find out why they were there and who their superheroes were. Great to see the Lord Mayor Gary Millar, who can be seen marching in my photos from 2011, and his partner lead the procession through town.

Full series and prints available on my archive site.

Barbara and Michelle have been together for 26 years. They married the first year it was legally possible. “My wife is my superhero.” 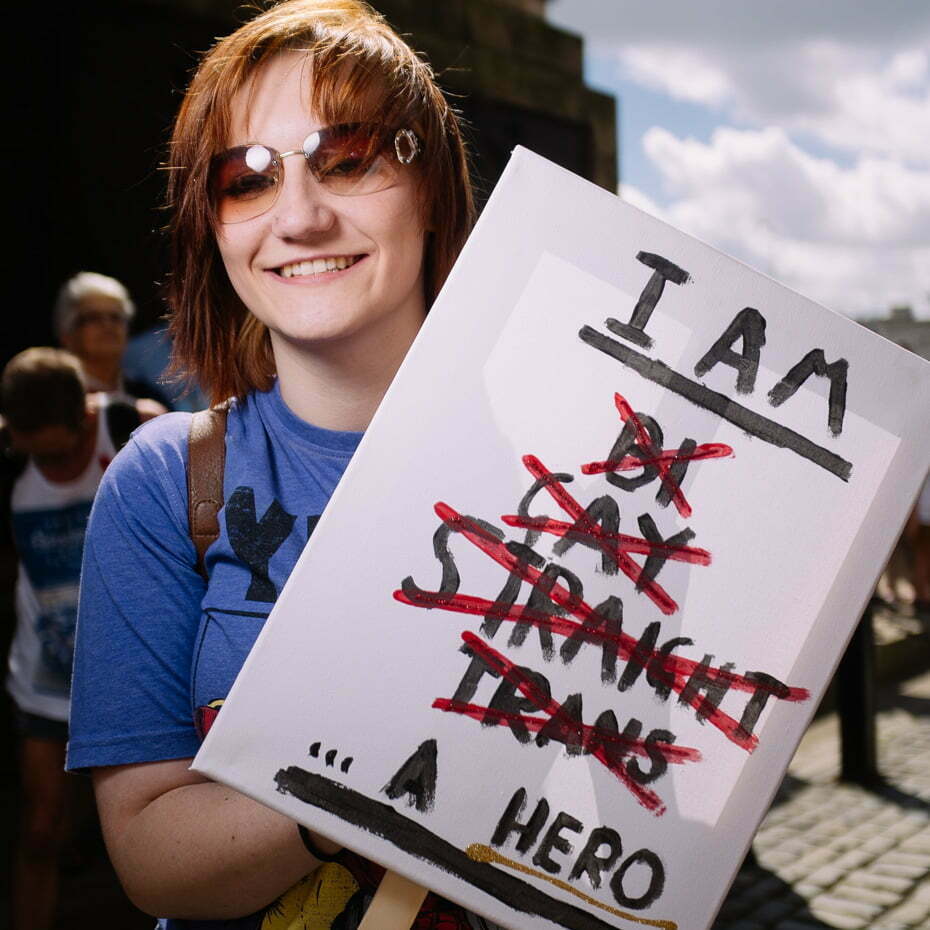 Laura. “My mum inspires me.” 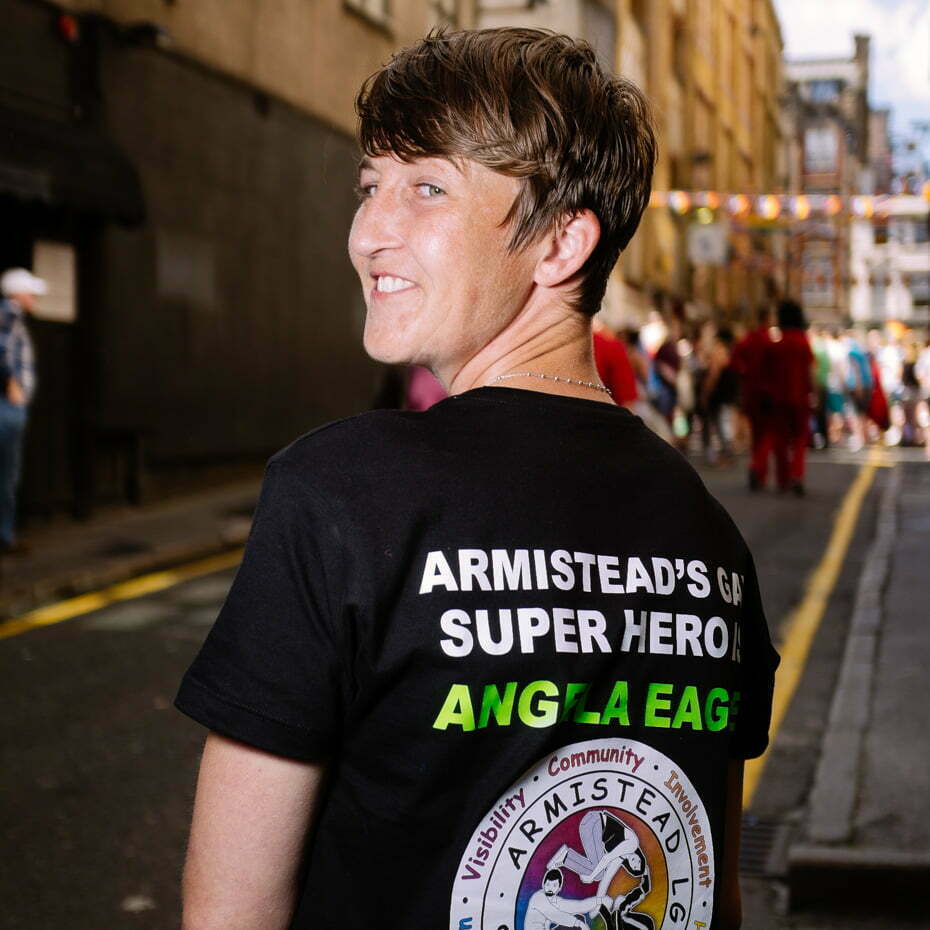 Louise. Local MP Angela Eagle is her superhero, as she was Britain’s first openly lesbian MP. 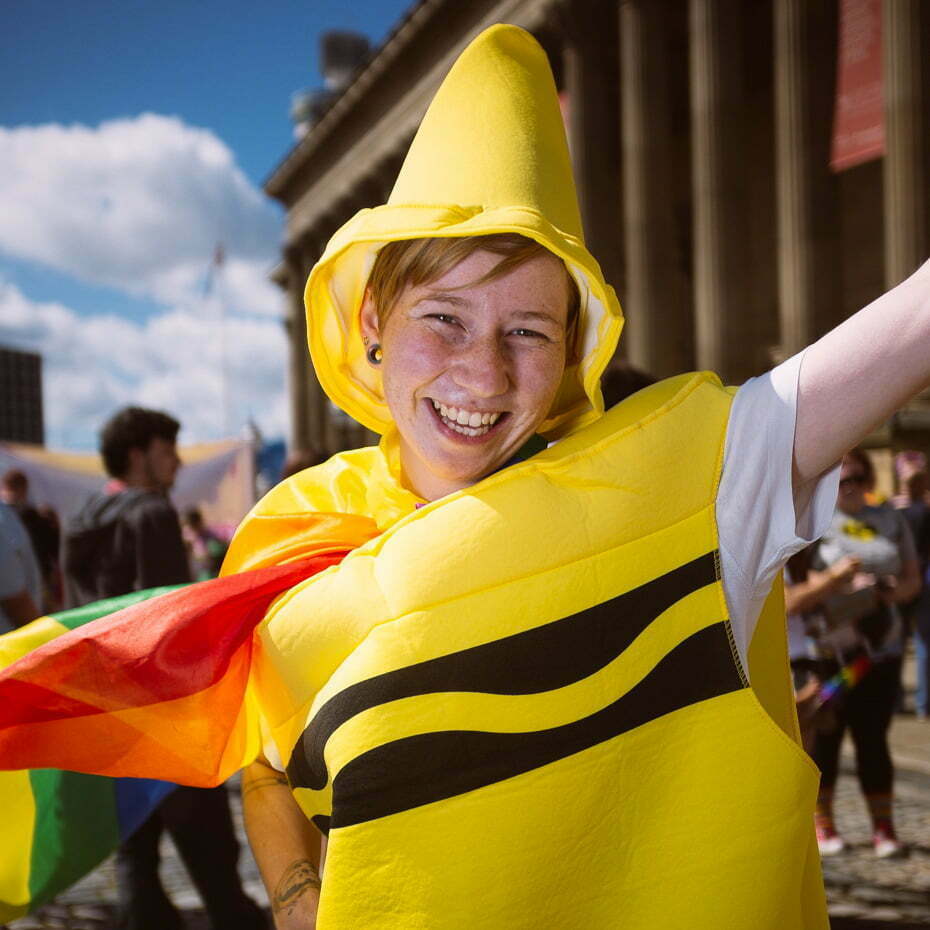 Appearing as Super Crayon. Michaela said creativity is her power as it’s the key to imagination. Her girlfriend was with her making sure her cape was always flying. 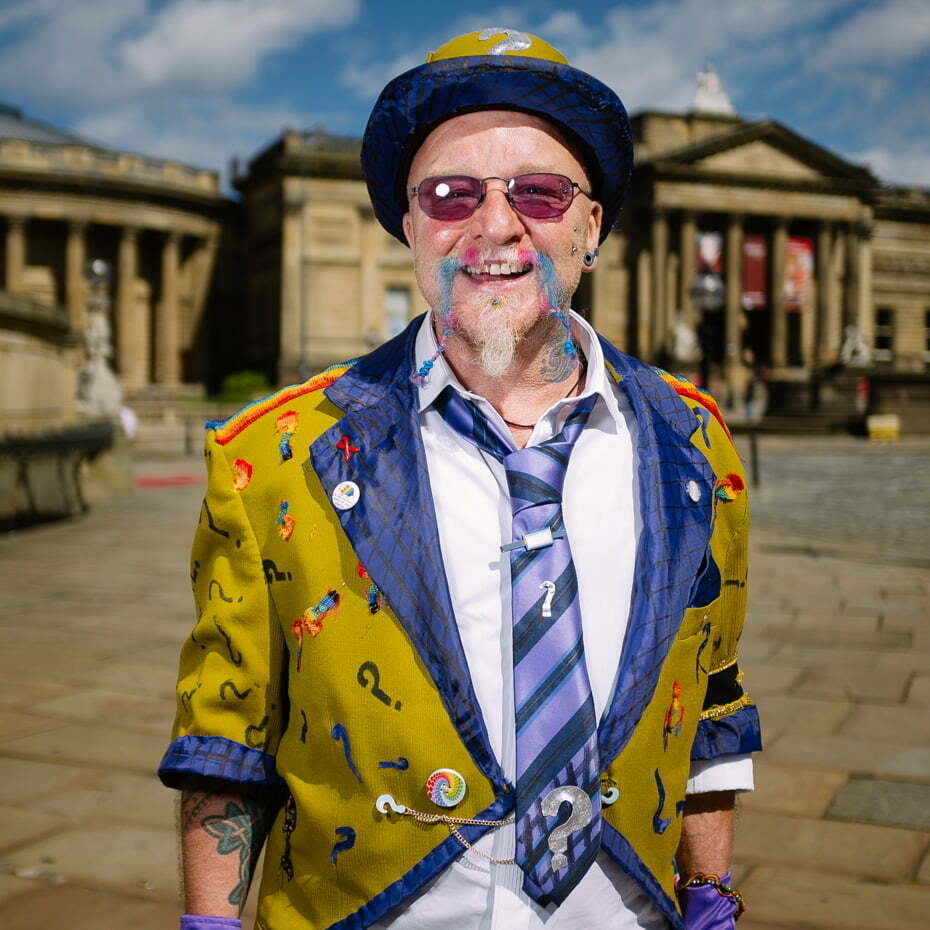 Terry loves all superheroes, but mainly the classics. He has been to every Liverpool Pride but this was the first year he joined the march, so he came as an off duty Superman to join in. 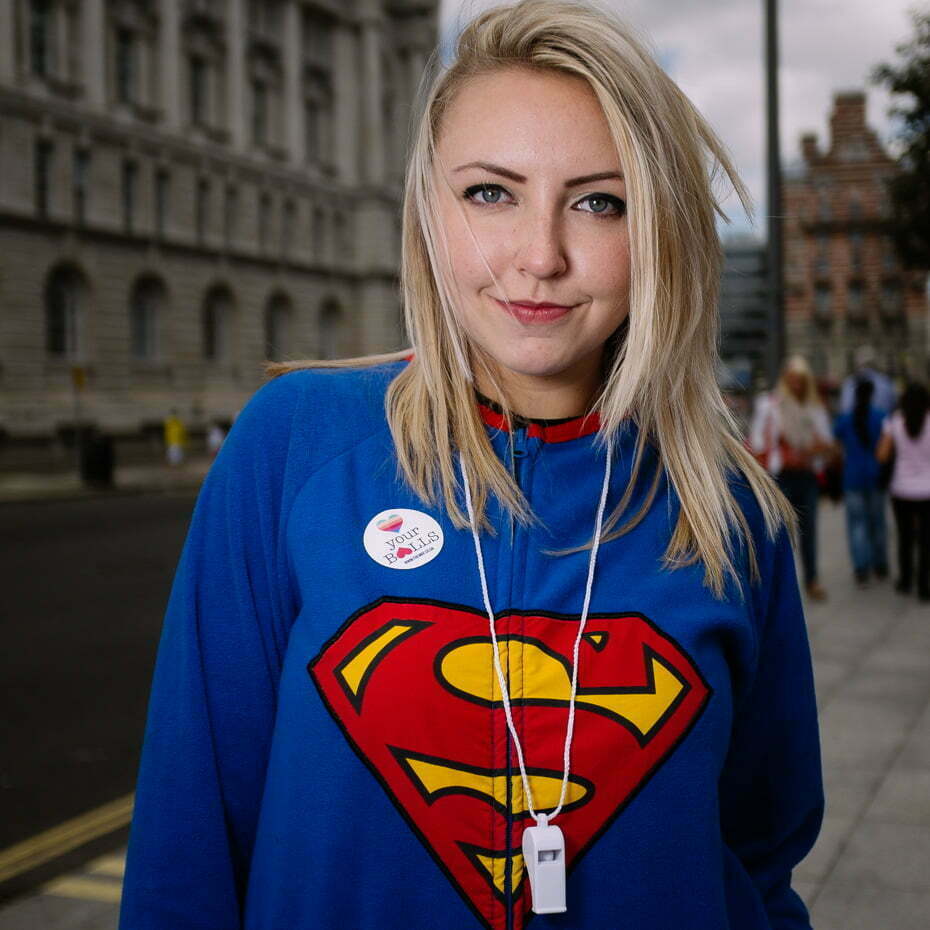 Jessica. In a Superman onesie, as Superman not Supergirl. Supporting her gay brother. 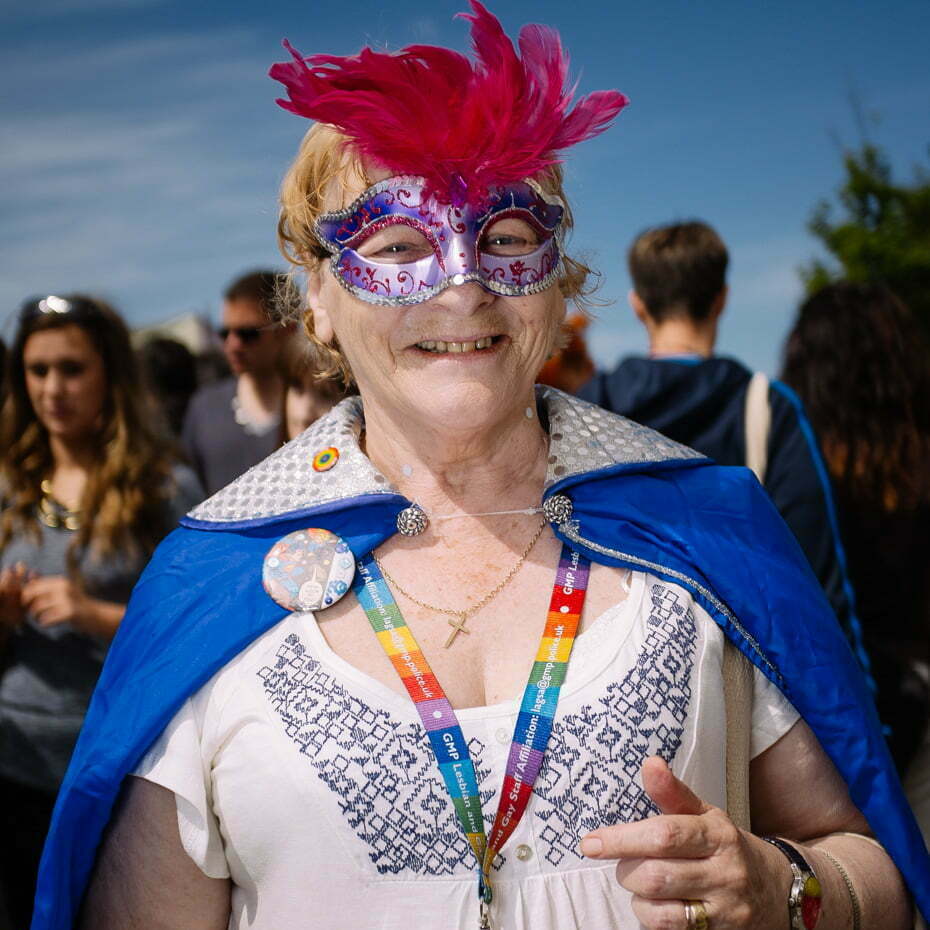 Dilly was there to support her gay daughter, who she said she was really proud of. Her son and his family had also dressed up to support her. 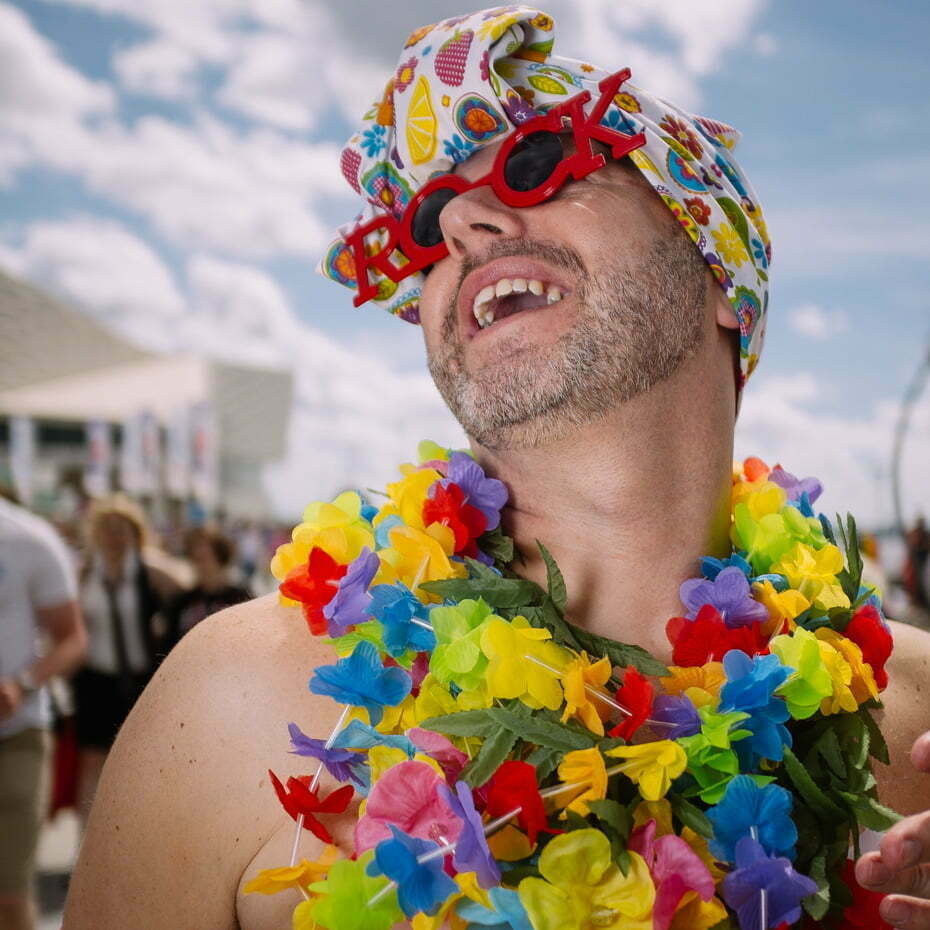 Anthony’s hero Rock Hudson inspired his Rock-a-hula look. He works for Teeside Positive Action, a North East HIV support charity, and had traveled to be at Liverpool Pride with a colleague from York. 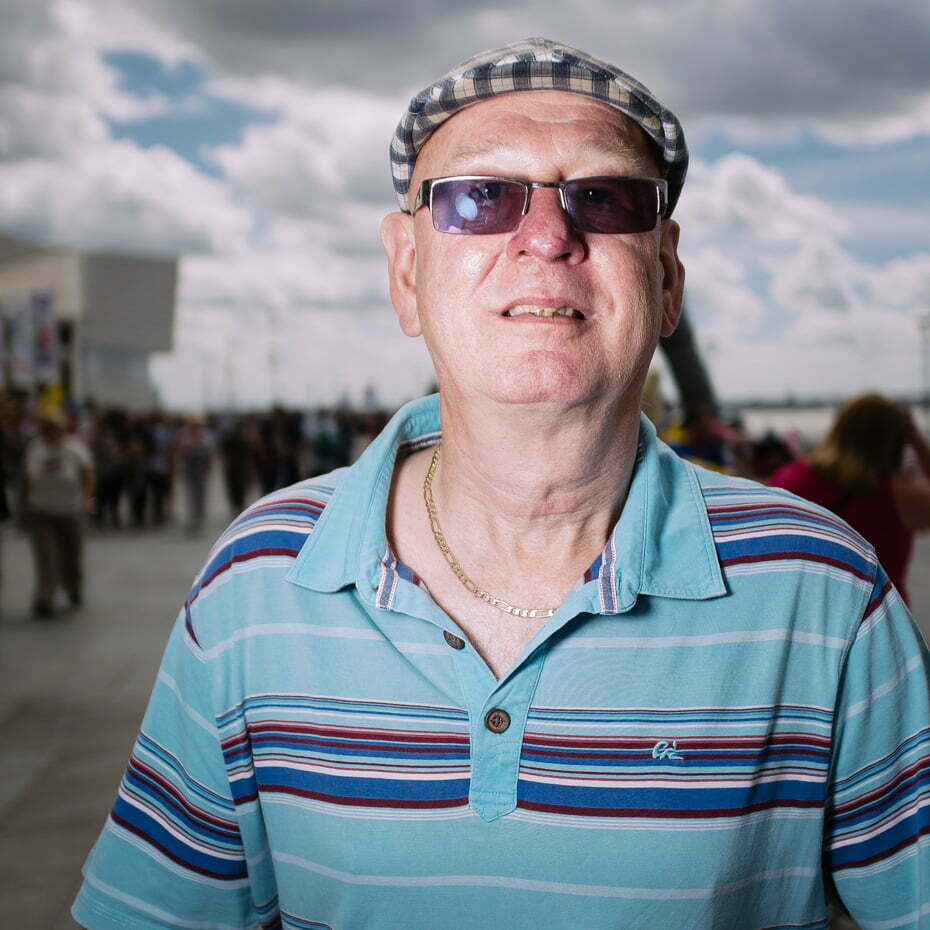 Mike travelled from Stoke to join in with his partner David after they attended last year’s Pride and really enjoyed it. 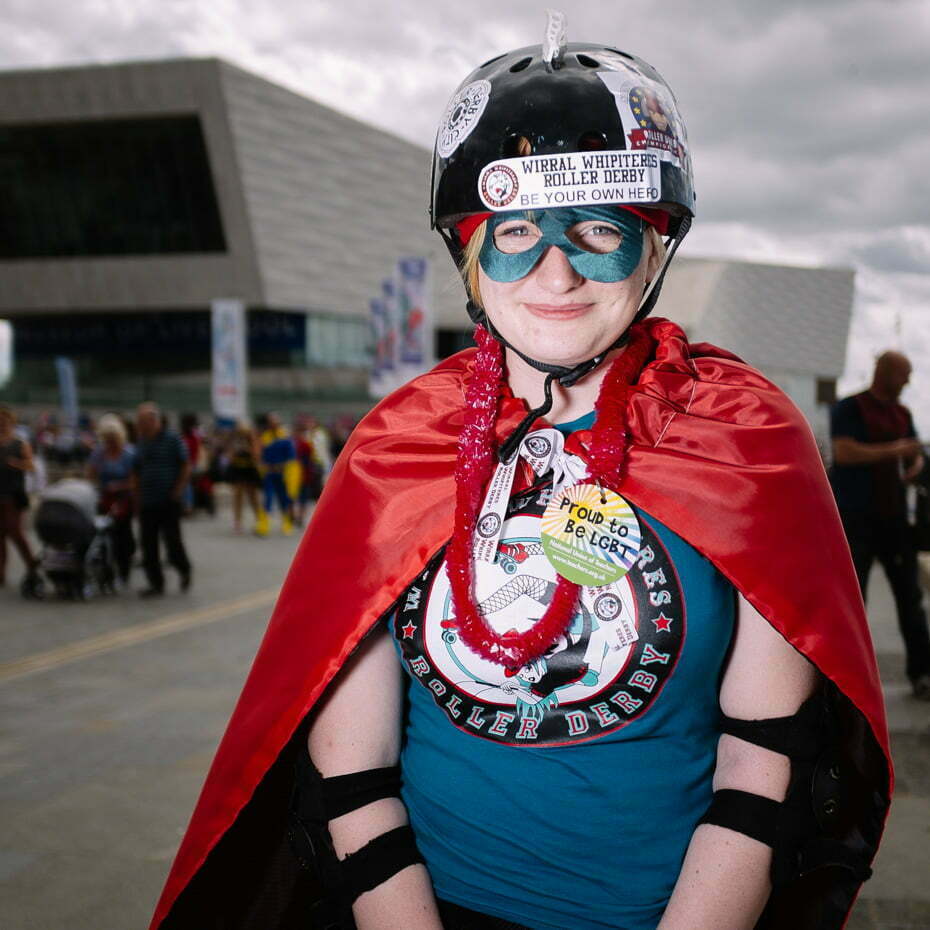 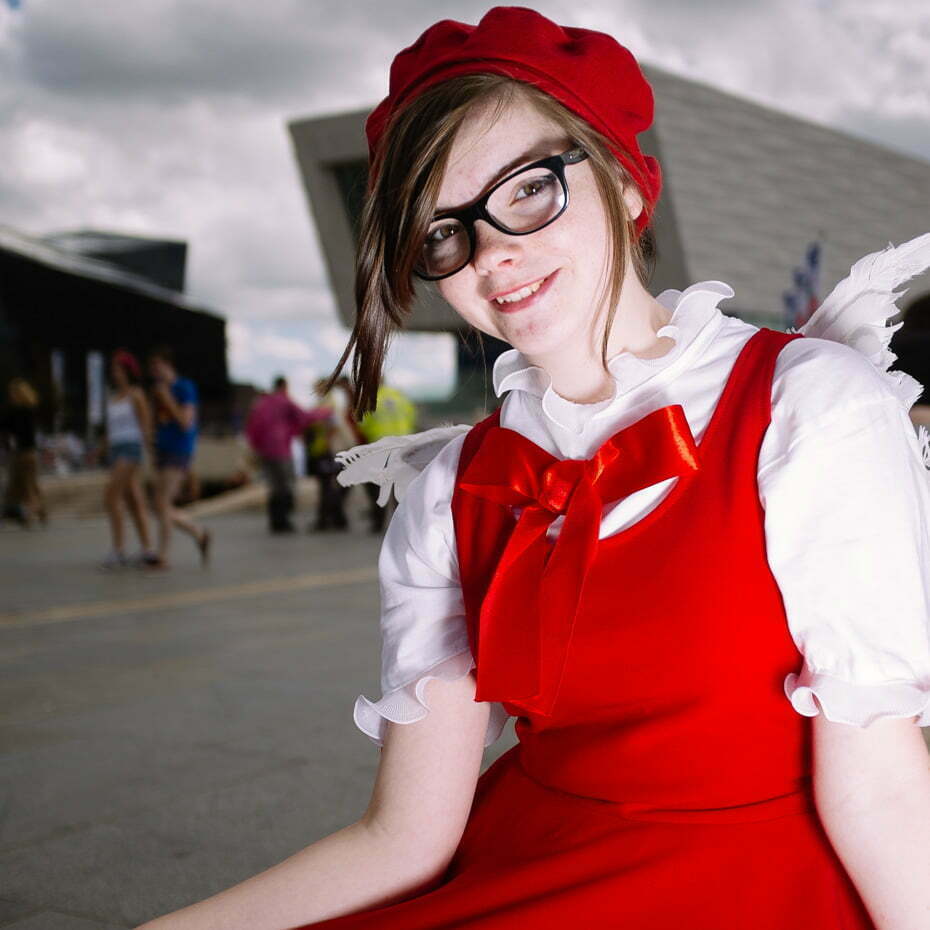 Erin appearing as Car Captor Sakura. She made her outfit in 7 days with her dad. 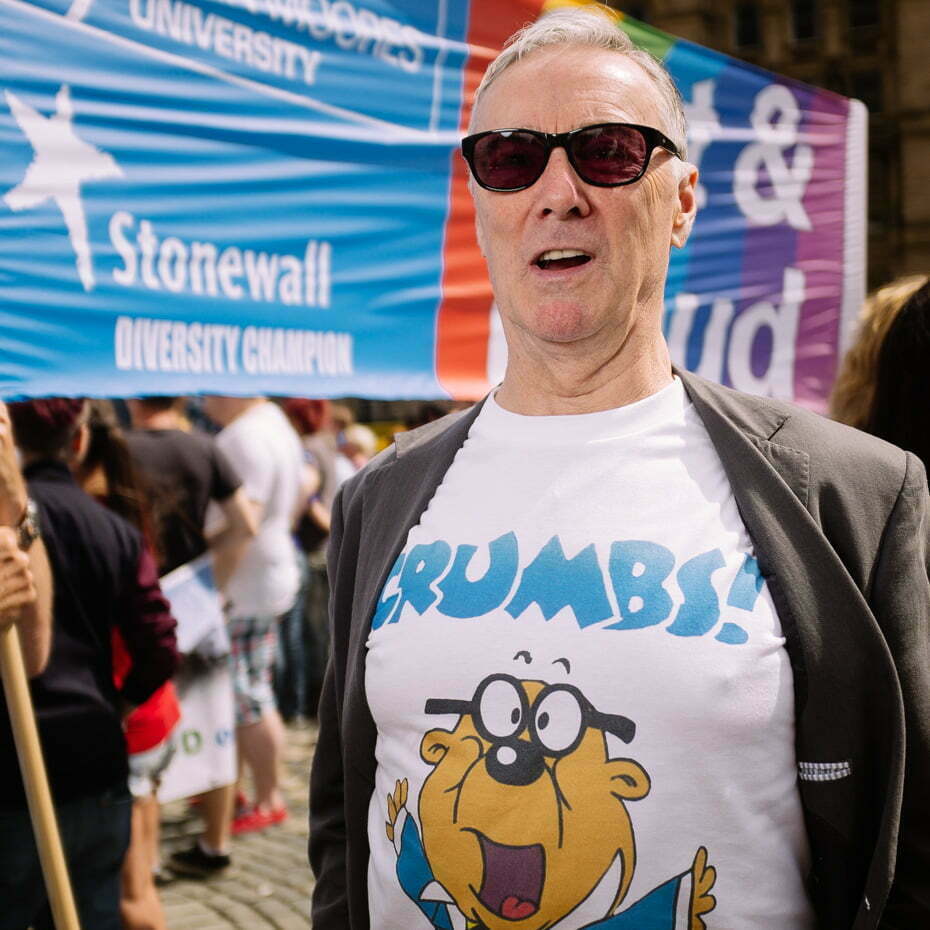 Nick was representing Liverpool John Moores University in a group including the Dean, Kate. They both felt it was important for senior management to support Pride as the university is a Stonewall diversity champion. 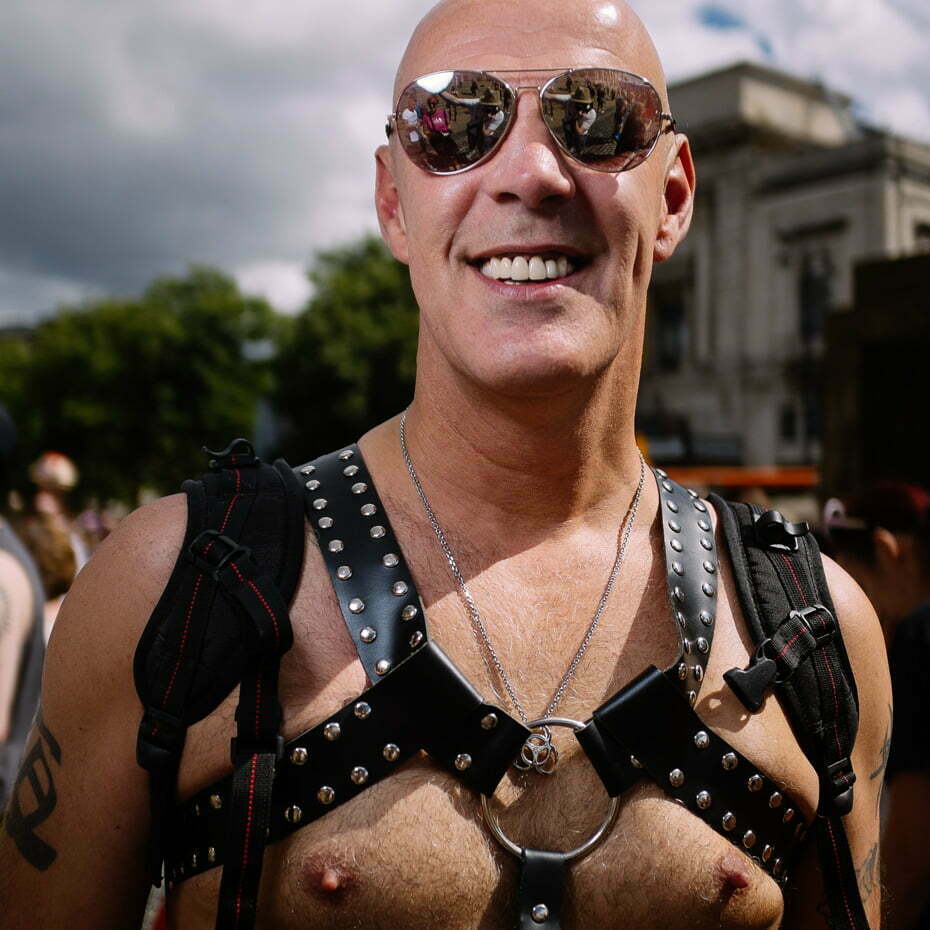 Ken. A volunteer for a HIV support group. 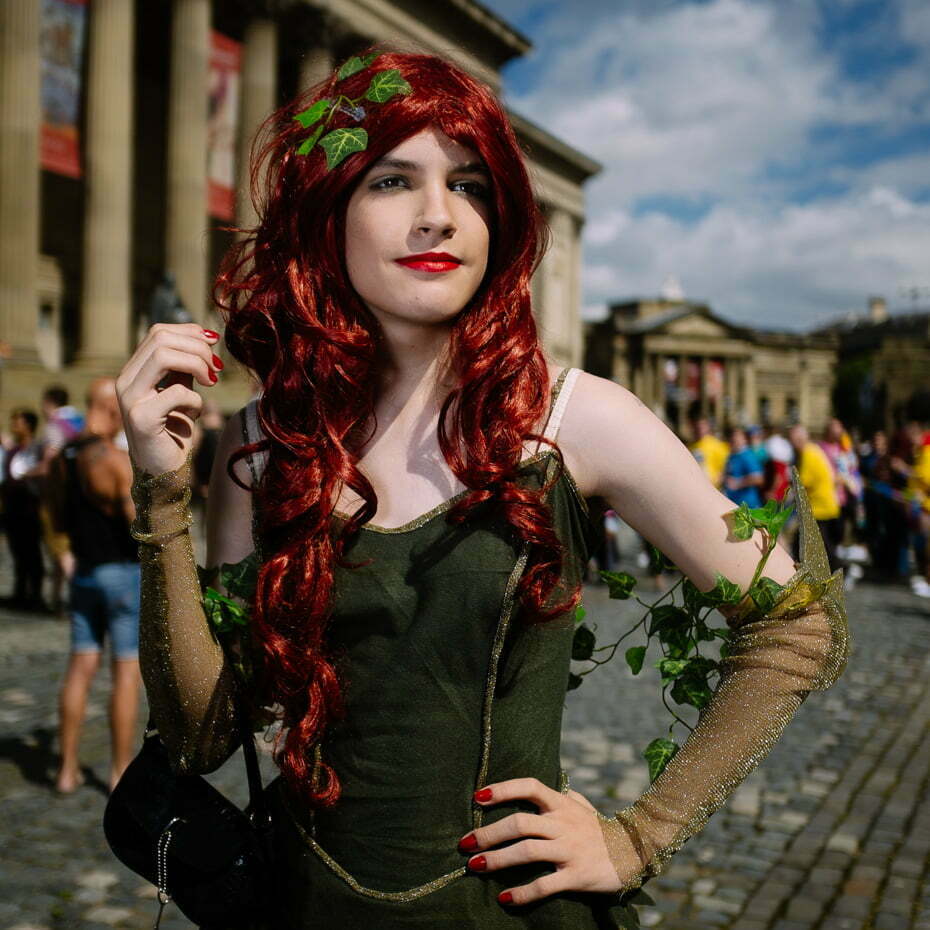 Chris. He wanted to be different so he went as Poison Ivy. Any excuse to go in drag he said. 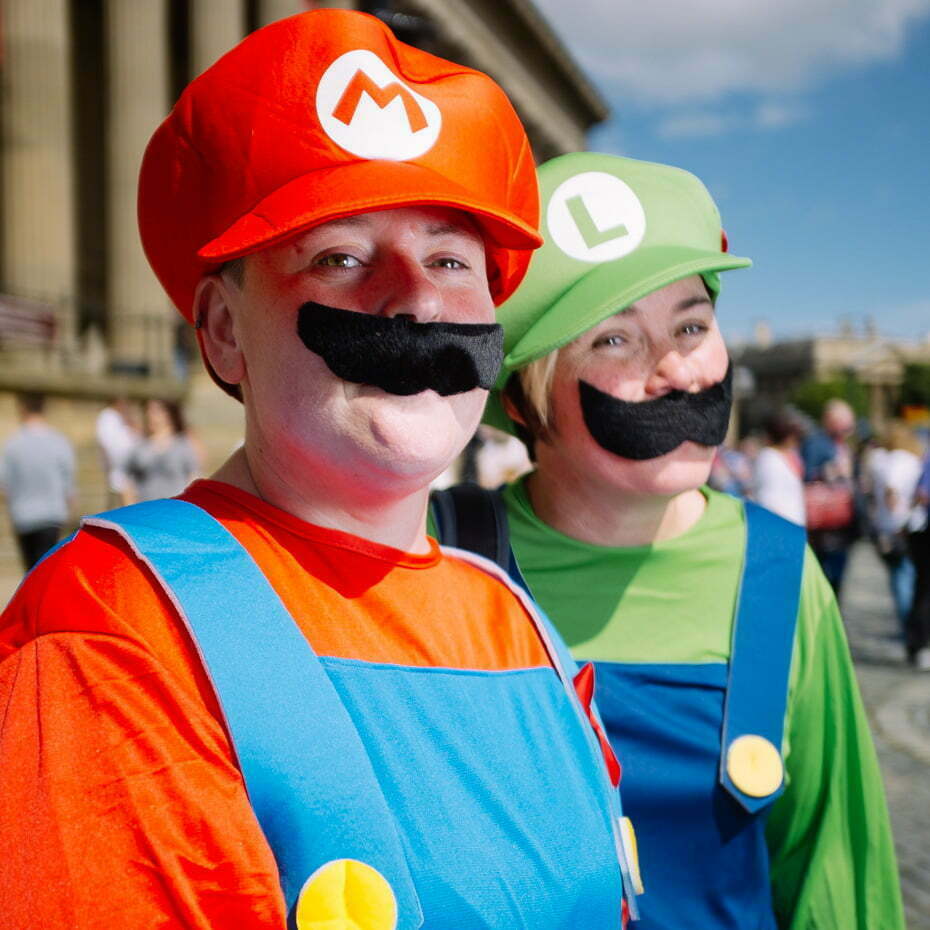 Sally and Jackie. In their eyes Mario and Luigi are superheroes as they saved Princess Peach. Super Mario after all. 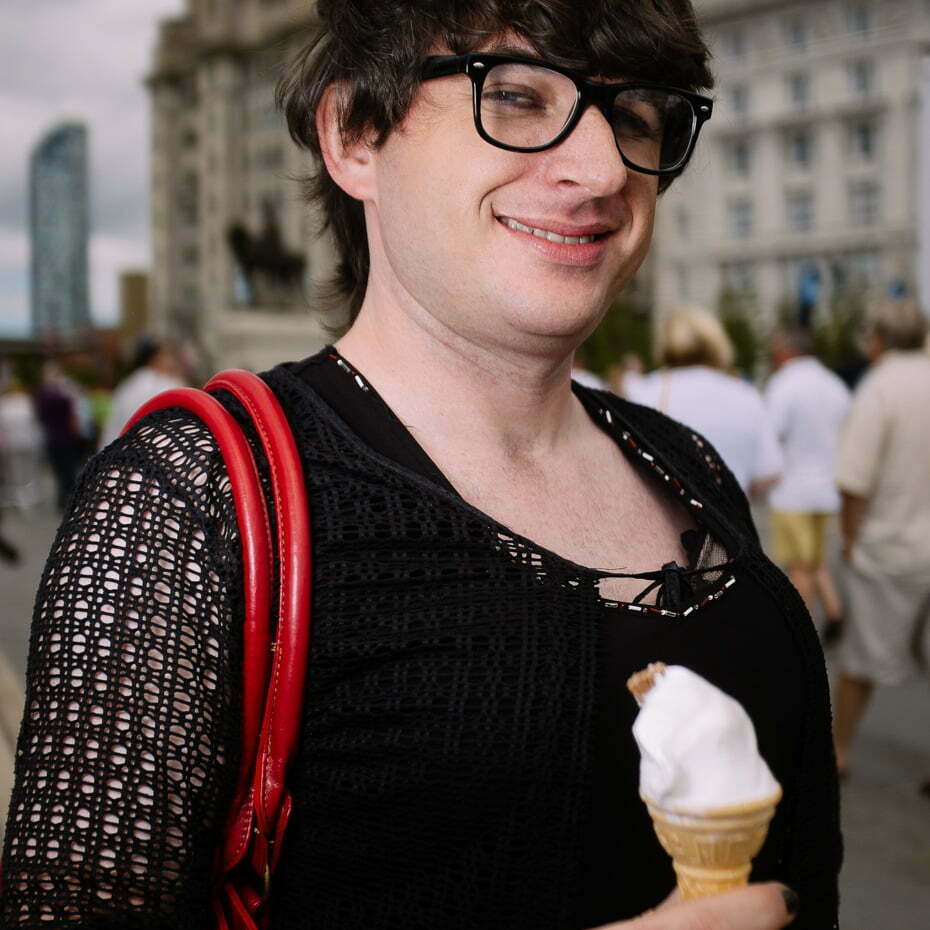 Photographer and writer Sean wanted to be part of something with liked minded people. 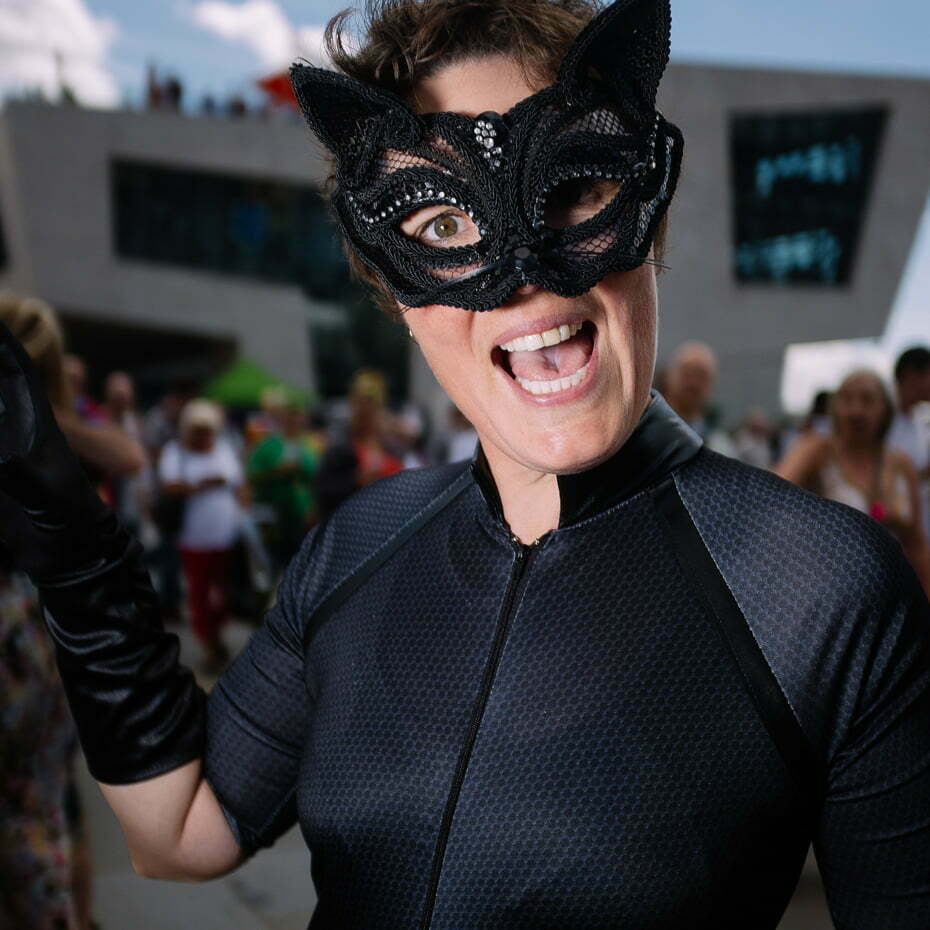 Lisa is a local who enjoys the gay scene in Liverpool. 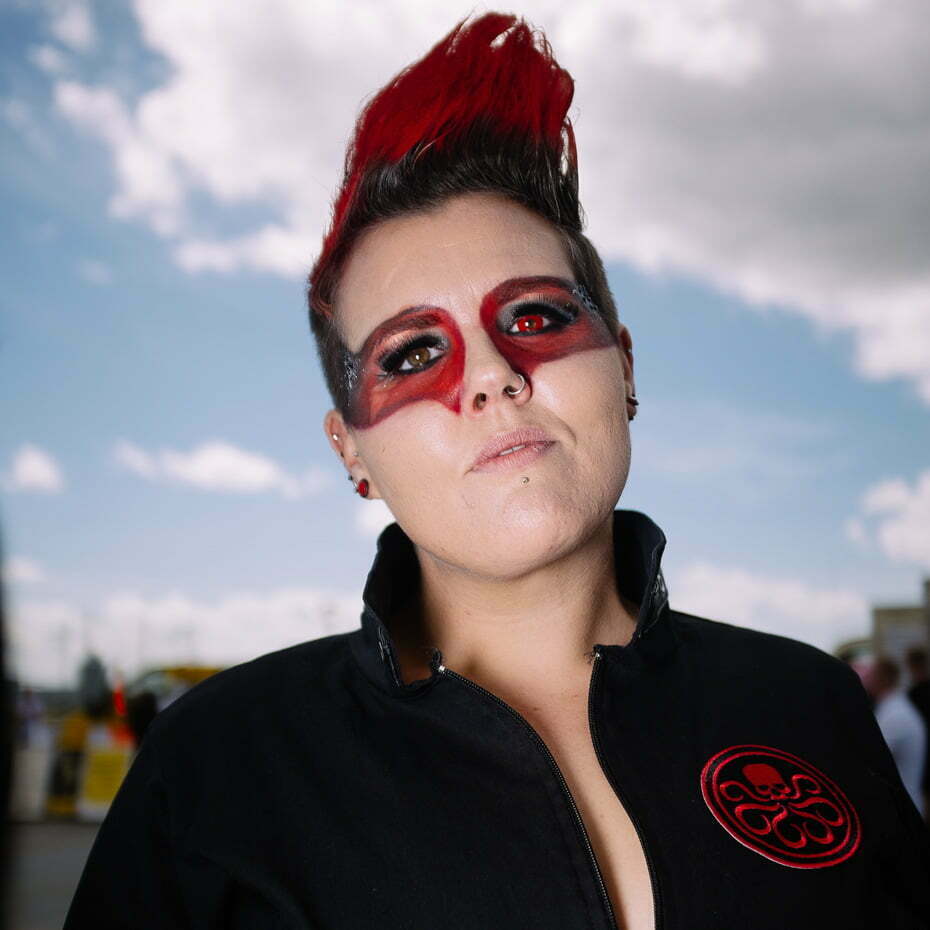 Nikki. Appearing as an evil Hydra agent, Mrs Hydra with her wife as Captain America. They come every year. Last year was their hen do.