Last night saw the launch of the Museum of Liverpool’s latest exhibition called ‘Liverpool Doors’. People and organisations around Liverpool sent Roger McGough and book artist Mark Cockram doors with which they and students from the John Moores School of Art and Design decorated with artwork and poetry. It’s simple, highly effective and at times very moving. The stage doors from the Everyman Theatre are there, as is the door from the Everyman Bistro. There are football doors from Everton and Liverpool, and tennis doors where the poem bounces from door to door like a tennis match. The whole exhibition is really well done. I love the humour and the depth of it.

The Museum of Liverpool looking stunning as usual at sunset. 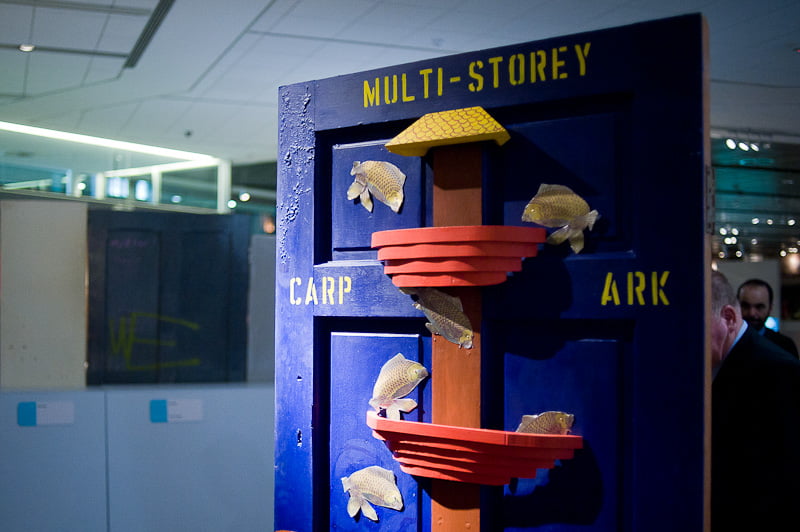 The door from the Everyman Theatre gives off a lovely golden glow as people look at it.