Christmas Eve. New York City. Our first full day in the Big Apple. We spent time getting our bearings and exploring a few blocks around the hotel. It didn’t help that it was raining. We wanted to explore but man was it raining.

We found the most Scouse sounding store in America in Times Square.

I wasn’t sure what to expect from Times Square but it turned out to be a version of Piccadilly Circus set to 11. Facebook had clearly spent a lot of money on advertising Facebook Live there. Obviously a good place for it with all the tourists. I hadn’t realised that the area had recently been redeveloped by Snøhetta. I always thought it was a pedestrian friendly area but it’s only very recently been developed for tourists over vehicles.

There was an odd 1984 style M&M overlord watching everyone in Times Square.

A trip to NYC wouldn’t be complete without meeting Spider-Man.

NYC checklist item. Those random steam pipe things. I’m not sure what they are but they are interesting. We don’t have anything like it in the UK.

Hot Dog. Another checklist item. Hot sausage? What madness was this? No-one ever said “Hot sausage” in any American movie or TV show that wasn’t a reference to something else. The picture wasn’t exactly clear. I was hungry later on so I tried a hot dog. It was like a hot dog in the UK. Something I don’t like. I mean what is it really? It’s like an attempt at meat. Ugh. So I tried hot sausage. It was more sausage like. I was able to eat the whole thing but I never bought another. With all the street food trends at the moment no-one’s doing hand crafted artisanal NYC style hot dogs and there’s probably a good reason for that.

While wandering round I noticed a building and wondered what it was. Then it hit me. Not the building of course as they generally don’t reach out and hit people, but it was Chandler’s office! Our hotel was round the corner from where Miss Chanandeler Bong worked. Bonkers.

What’s the deal with the cabbage? We saw this a lot. Something for dogs to pee on maybe? *shrug*

One thing my brain couldn’t process was the enormity of Manhattan. As the street design was a grid you could see for miles. It was endless. It’s hard to get it across in this photo but Manhattan is like no city I’ve been to. Endless skyscrapers. Endless.

We saw the famous Radio City building. I’ve seen some fantastic photos of this but I couldn’t do it justice as the streets were filled with people. So many people. So I got a pretzel, took a bite and binned it. That white stuff is salt. Huge pieces of salt. Why?! That’s another odd bit of street food. 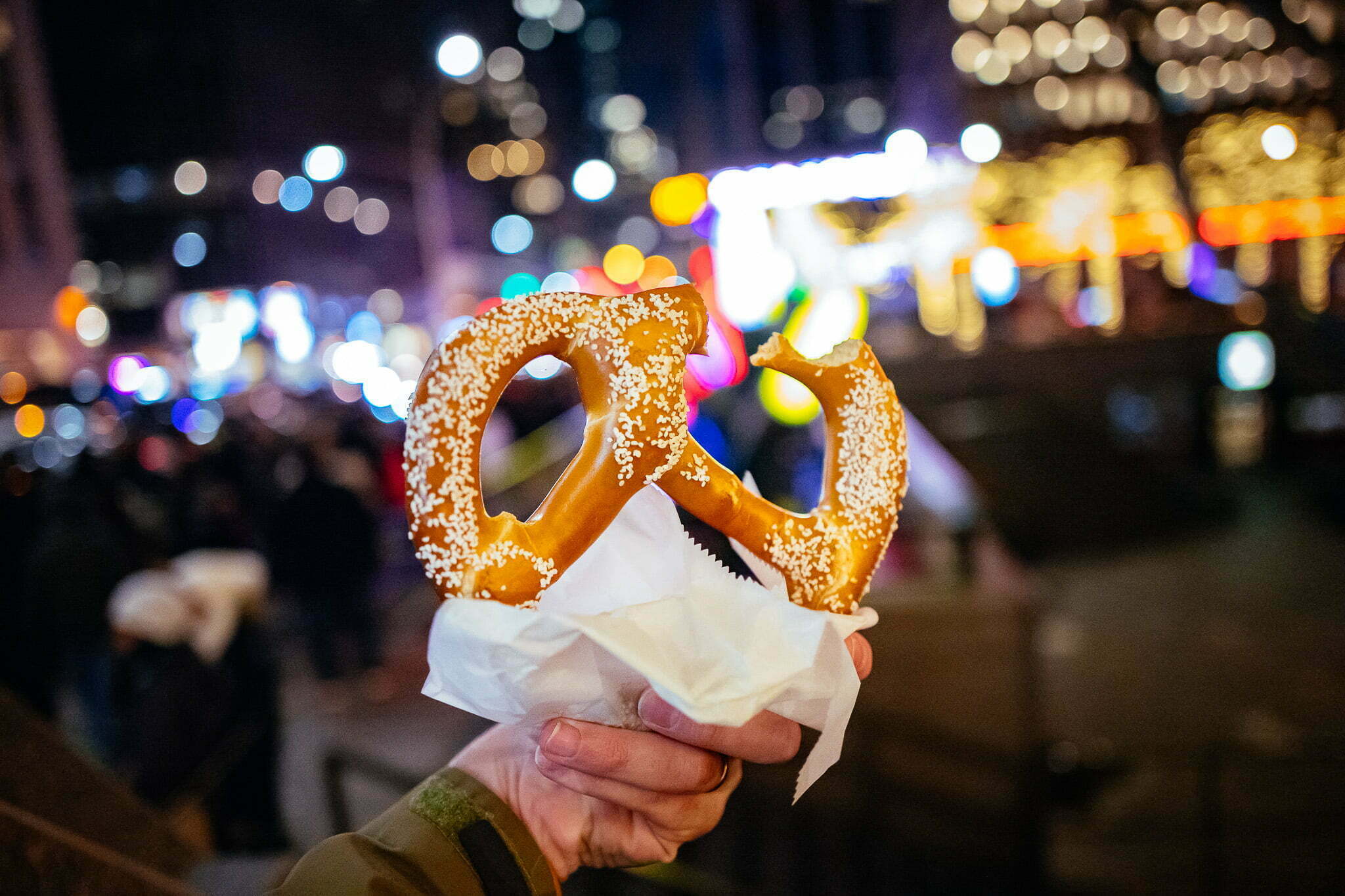 Lastly as we were heading to the hotel we saw a Ken Dodd Diddy Man cosplayer. I guess?

So that was day 2. We’ve got plenty more days to visit and I’ll be doing them every Wednesday.

My second favourite view of Venice