Liverpool council came together today to protest against government cuts. Members from opposition parties such as Lib-Dem spoke against the cuts affecting Liverpool.  It was good to see not only the people of the city but the leaders coming out to protest against the Tory cuts. They tried to reassure us all that Liverpool wouldn’t collapse into a broken state of filled with homeless jobless people. It was good to see the real people who are being affected by these cuts come out to stand up for their services. Local nurseries could close, cuts to NHS will ultimately not help us all get better when we need to and education will be severely affected.

Personally I’m waiting for the time when the cuts to the police force are so bad that there isn’t enough police to properly control these protests. I wonder what will happen then, when people are pushed just that bit too far and there’s no-one to stand against them.

As well as the photos below I recorded an Audioboo of the event. 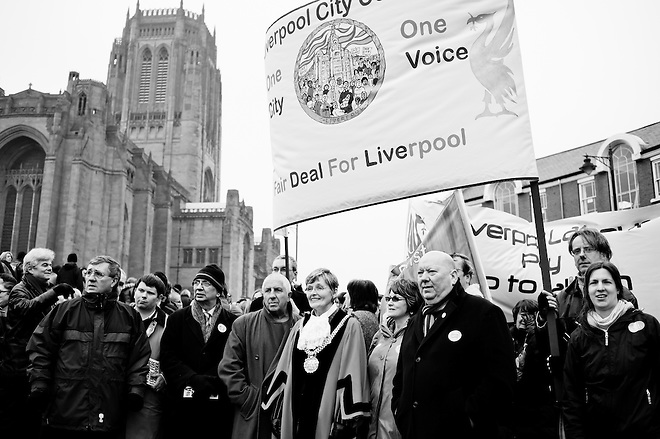 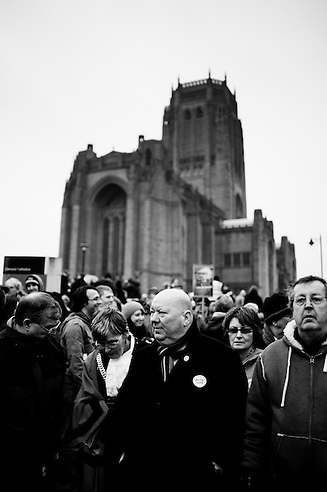 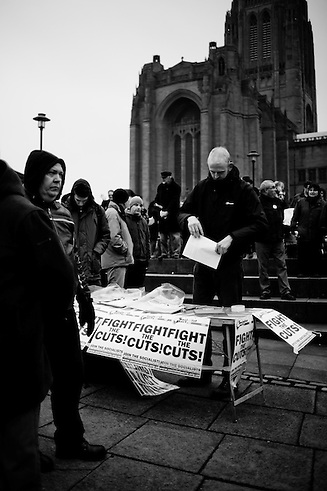 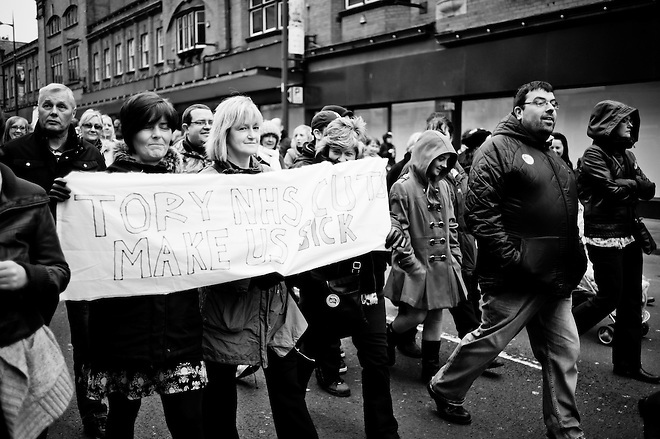 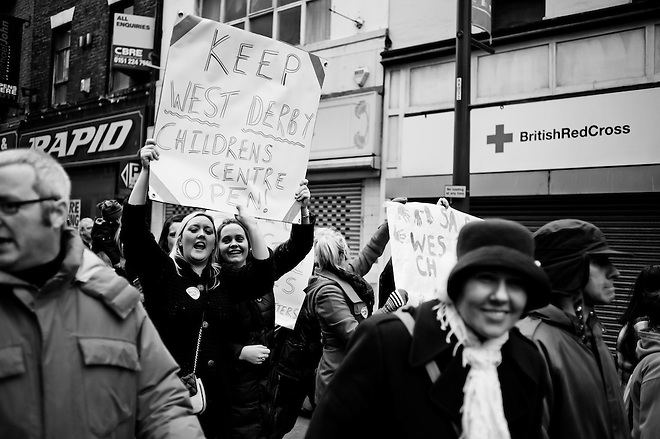 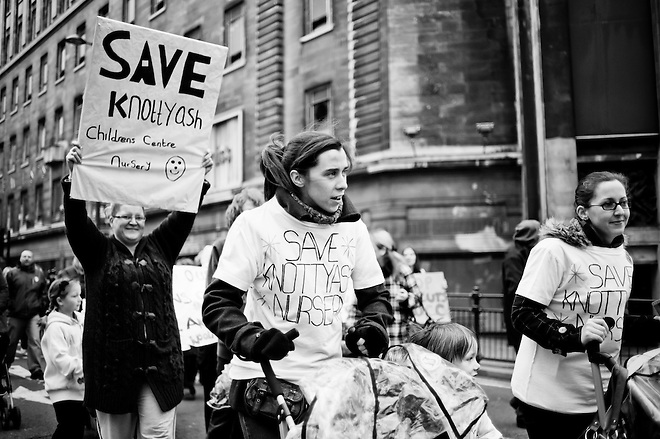 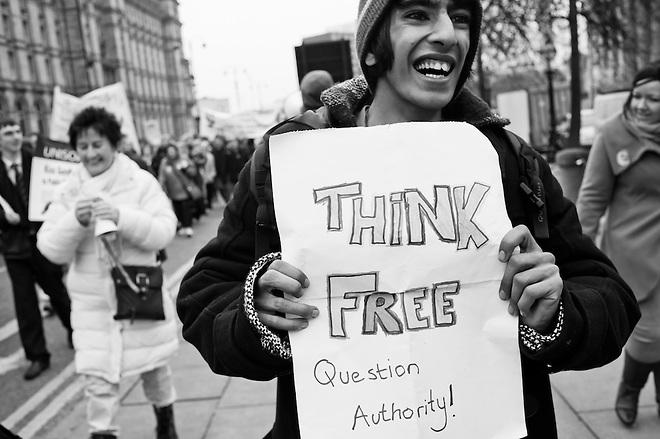 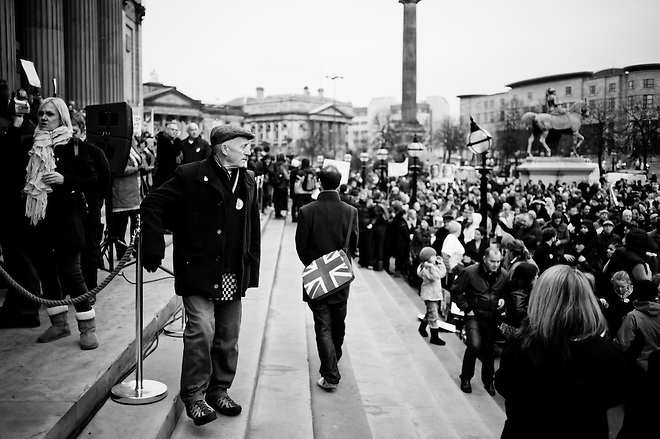 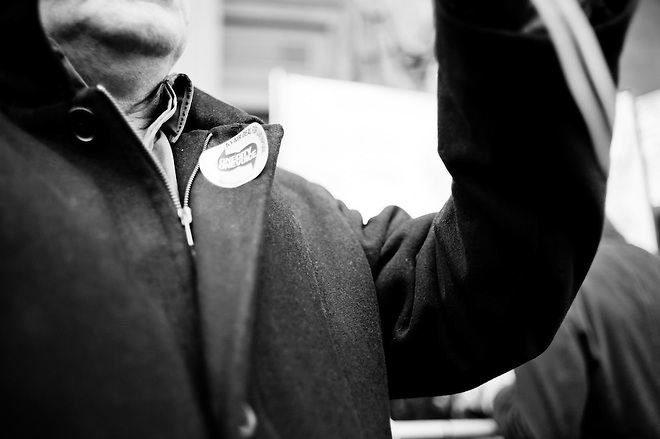 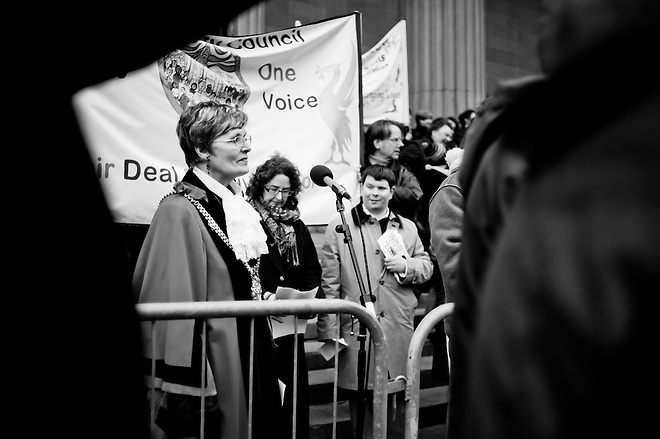 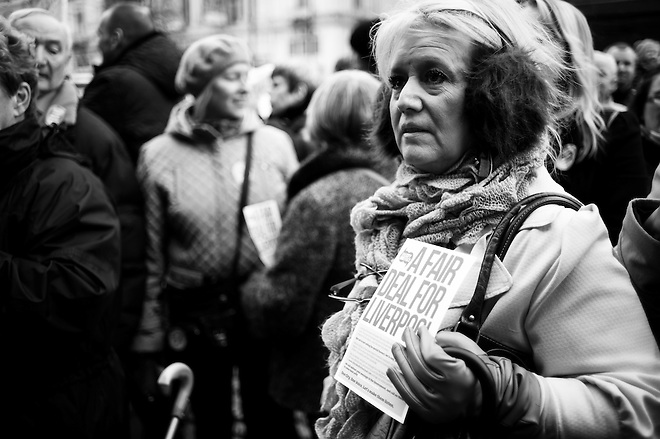 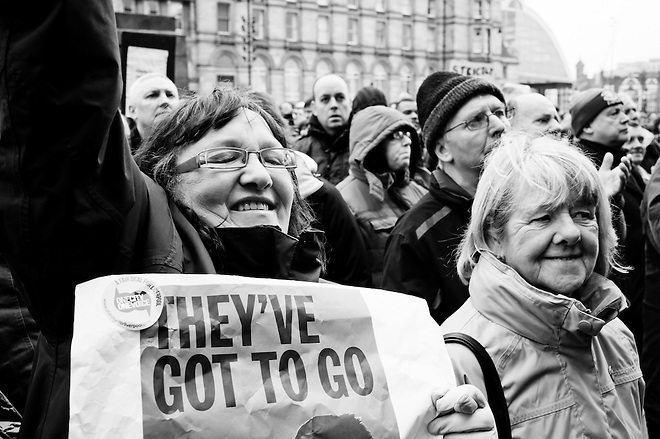 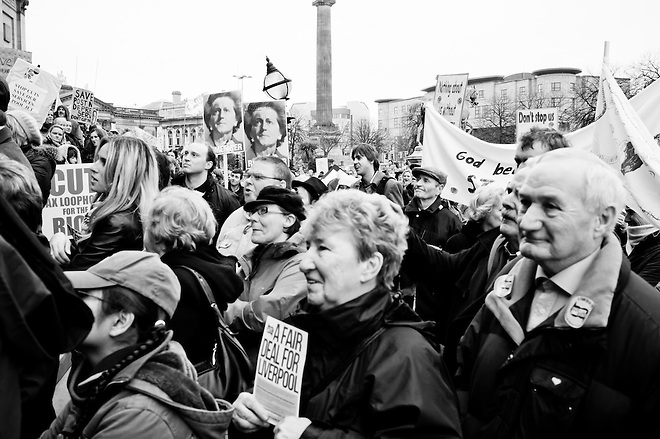 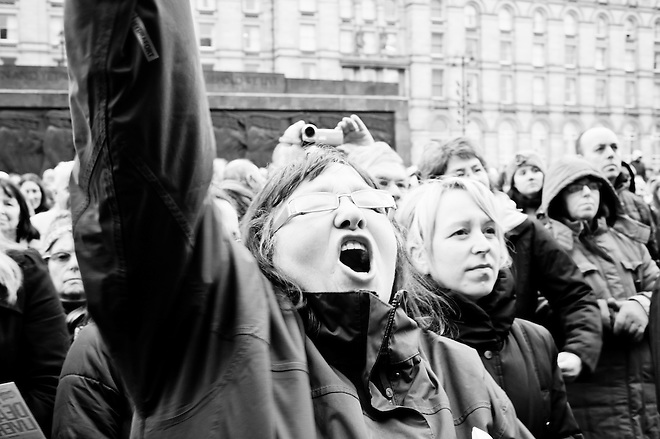 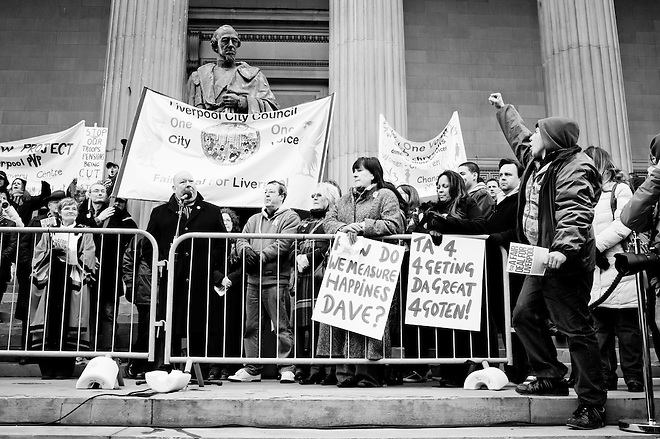 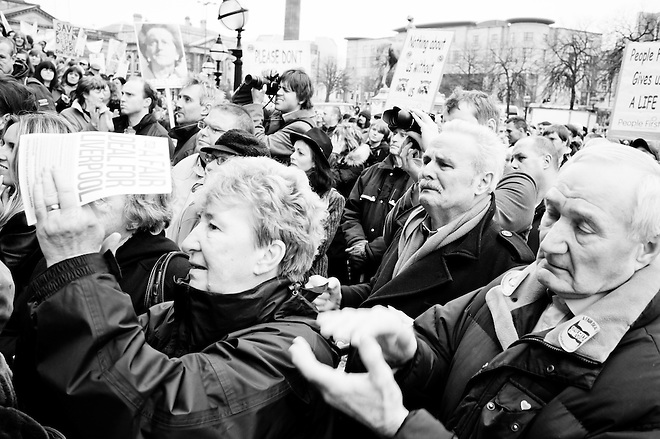 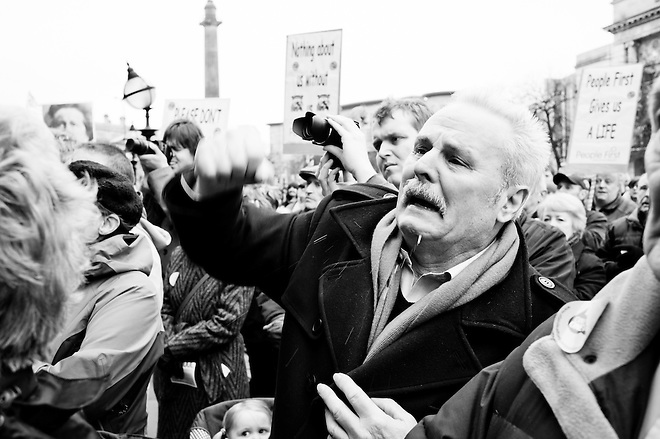 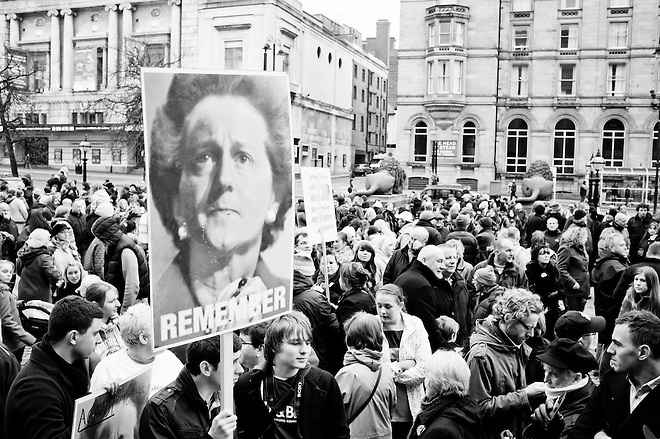 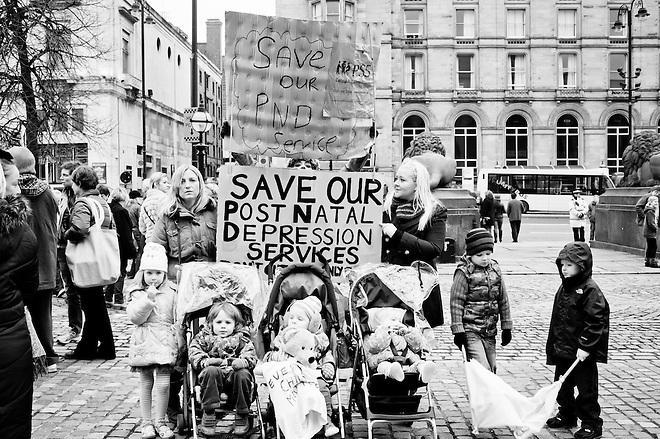 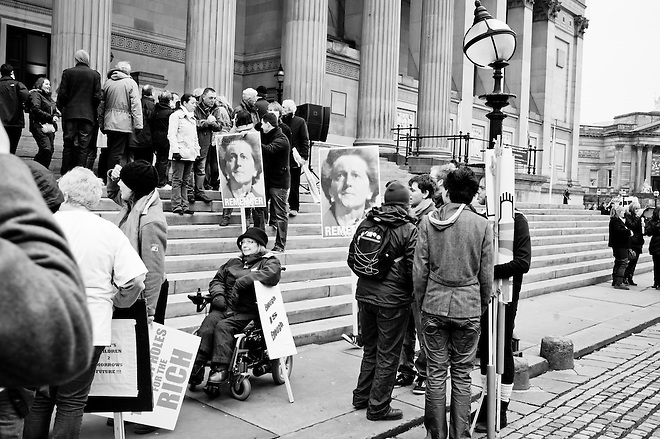