Skip to content
Press Enter / Return to begin your search.

It’s been a busy few days. Thursday morning at 6am I was on a Navy boat, HMS Trumpeter, documenting the arrival of HMS Bulwark and friends. On Saturday I met with veterans at a parade and wreath laying ceremony to commemorate those who died in the battle. Talking with the veterans made me realise just how impossible a world they lived in. It’s impossible for me to identify with that time and impossible to fully understand. You can talk to them, listen to their stories but it’s a world removed from ours. I wish my nan was still around so I could talk to her about those times in detail.

I met Kathy Townsend who was a nurse. She was a strong determined woman who clearly got people back to health by hell or high water. Her grandfather died aged 103 and used to bring her down to the Mersey to watch the ships. Jim Bellew was a cabin class steward and served on a merchant aircraft carried out of Liverpool. They picked up grain from Canada to bring back here to Alexandra Dock. He said you could watch the icebergs on the radar as they headed to Nova Scotia. Lewis Trinder served with Captain Johnny Walker onboard the HMS Magpie. I met him chatting up a few ladies. He was quite a character. Stella Passey was an ex-Wren who served in Scotland and later Western Approaches. Mr Snelling also served with Captain Walker on HMS Wild Goose. He said Captain Walker was a great man who died too young. I was told that there’s only around 12 men left alive who served with Captain Walker.

On Sunday there was a parade from the Anglican Cathedral. The veterans were only supposed to do a short walk but instead followed the main Navy procession along the full route. There was no stopping them. They were fully energised by the crowd. There was one lone man at the end who couldn’t keep up but was shaking everyones hand. Such strength of character in all these men and women.

Over the weekend there was a stunning tribute to Alan Turing’s work at Bletchley Park. Lasers mounted on the Liver Building transmitted “Thank you” in morse code. I spoke with a guy who was watching it and he said a veteran told him it was like searchlights in WW2.

Finally, on a soggy Tuesday afternoon a fleet of Navy warships left the city. That really was quite a sight. The Navy’s flagship HMS Bulwark followed by HMS Edinburgh which was visiting Cammell Laird for the final time. Edinburgh was built there and is due to be decommissioned. It really was something seeing that fleet in the Mersey. 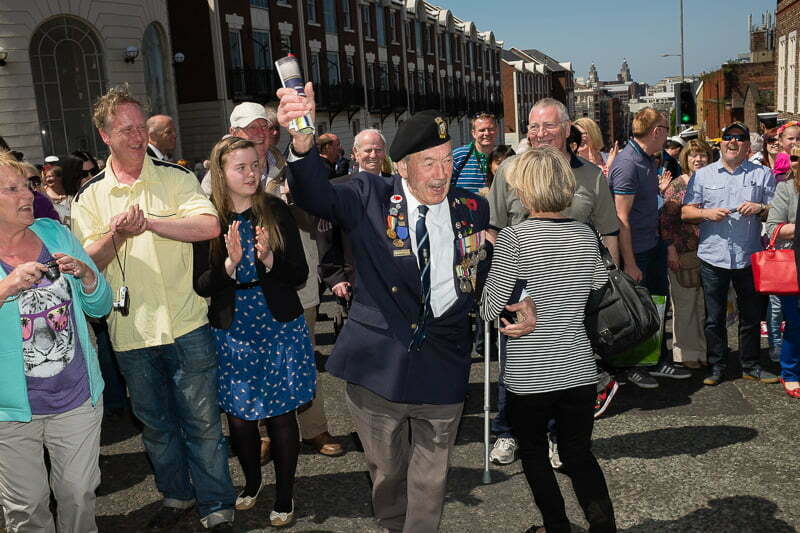 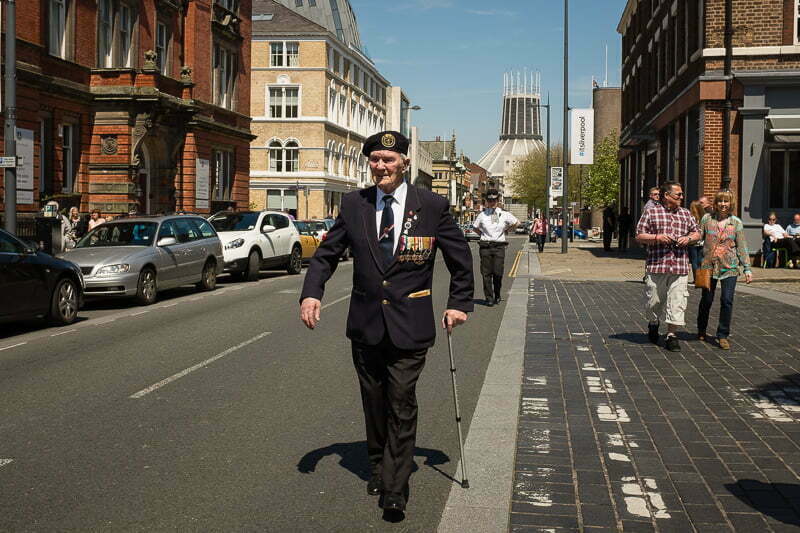