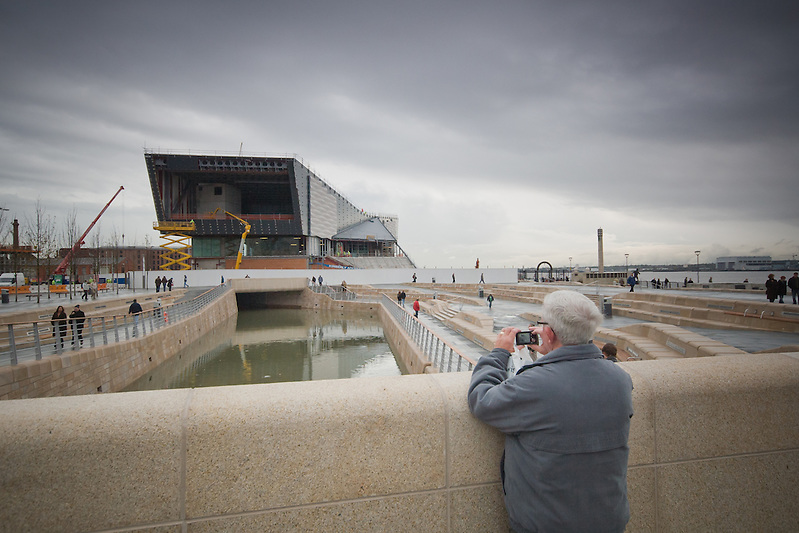 This is the final part of the ‘Building the Museum of Liverpool’ series. Though I have a couple more posts lined up showing off the interior and exterior from my visit last year. 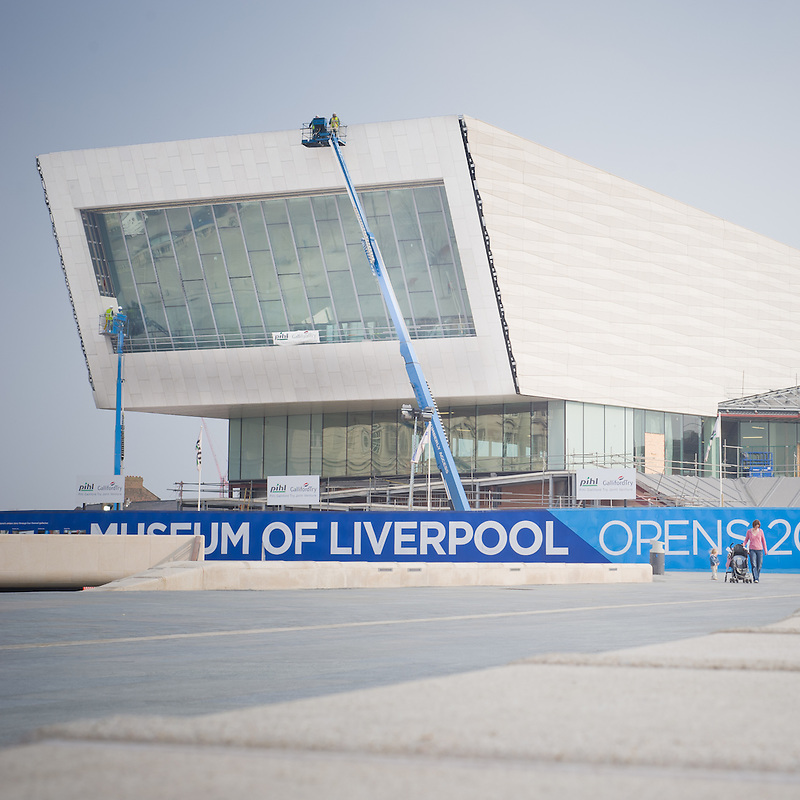 3rd April, 2009. Cladding is nearing completion and the museum is starting to look like a finished product. 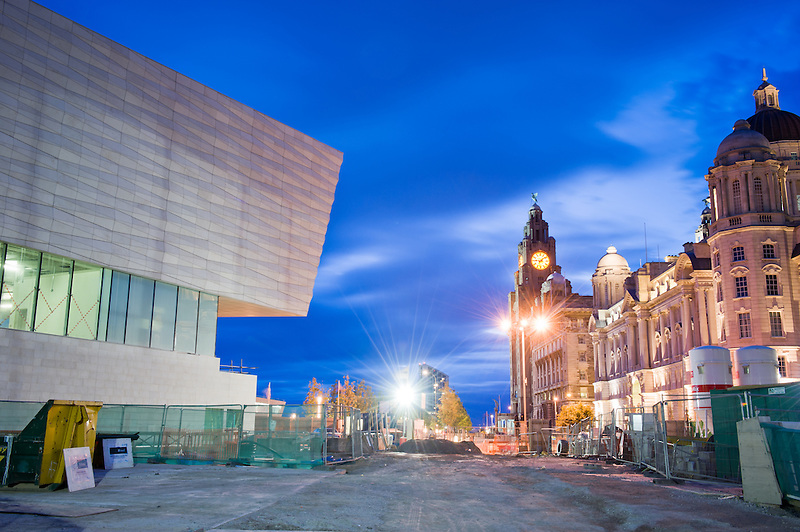 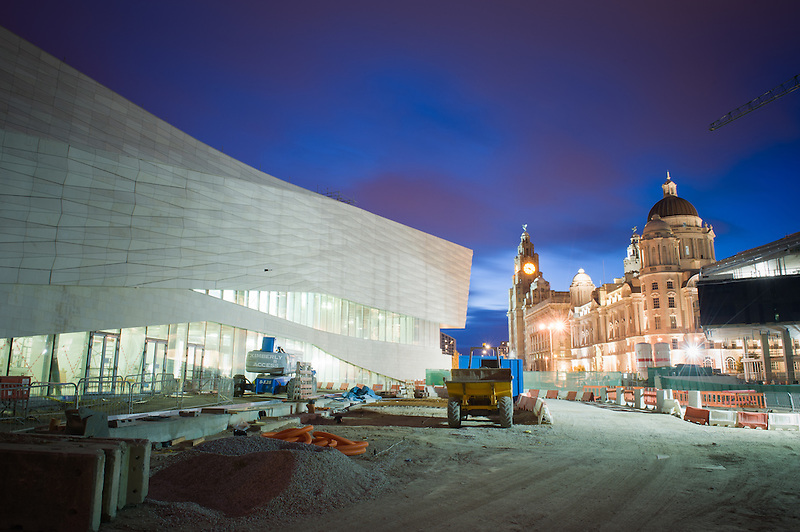 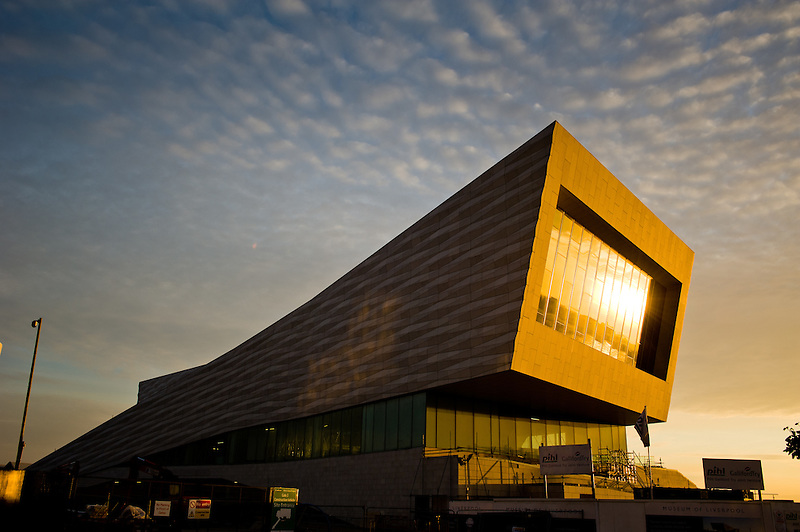 11th September, 2009. Sunset hits the museum. The giant window is now complete and reflects the stunning views over the Mersey. 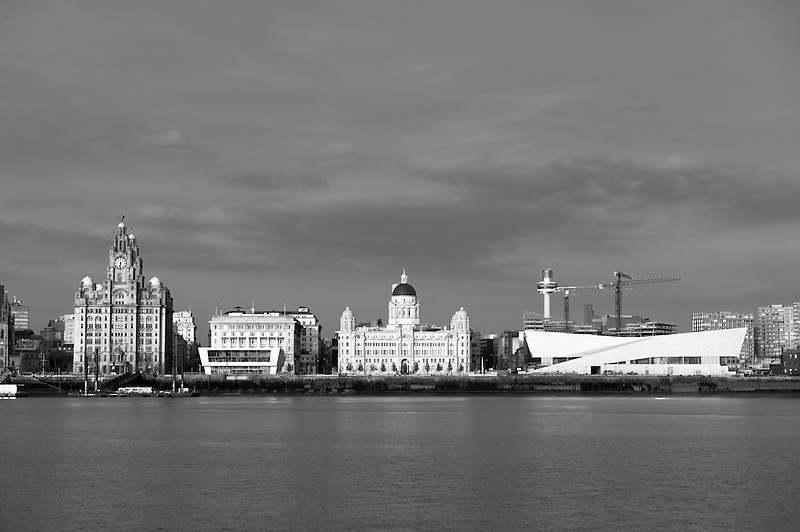 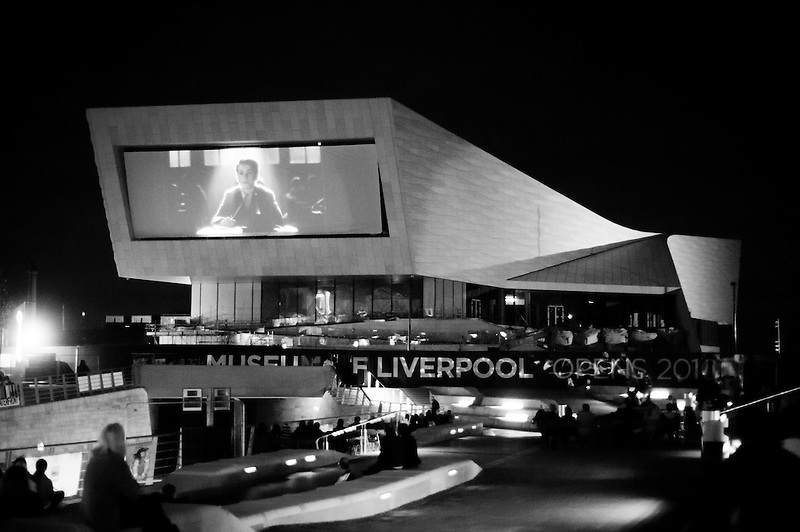 25th September, 2009. The giant window is used as a cinema screen in one of the most spectacular open air cinemas I’ve ever been to. 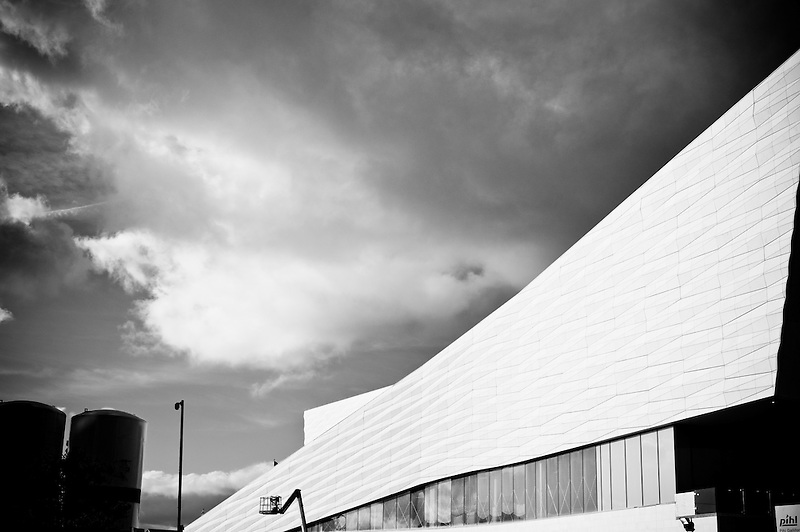 1st October, 2009. The cladding appears to be complete and looks stunning. 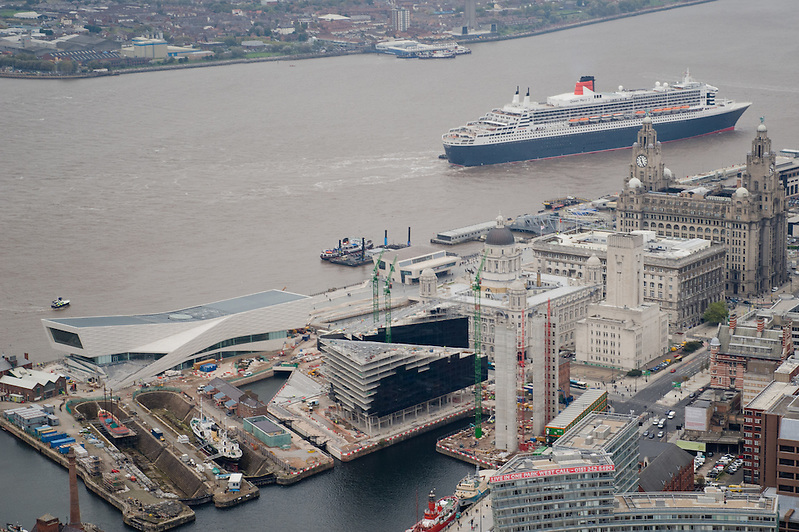 20th October, 2009. The Queen Mary 2 visits Liverpool and the museum looks nearly complete, from the air at least. 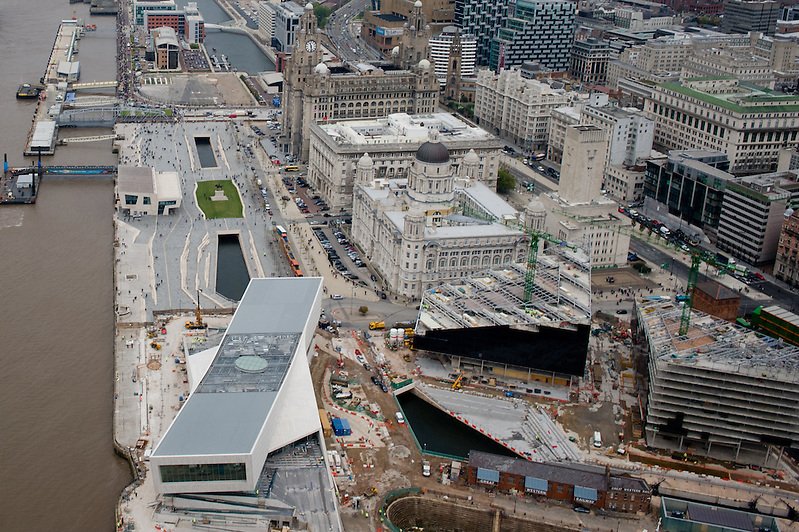 20th October, 2009. The Museum of Liverpool from the air. At this point you can see the roof is now complete, but there appears to be lots to do.